William Blake and the Stubborn Courage of the Unexampled

As an artist, he was resolutely his own standard, his own guiding sun… Blake was determined to make what he wanted to make and to make it on his own terms — in a world unready for the art and unfriendly to the terms.

I’m not so sure free speech is a right, but it is certainly a societal or cultural attainment, something we, as a community, can use to enliven, embolden and liberate the soul of our world, provided we are fortunate enough to live in a society that allows such a thing.

The theme of the day was our election systems, and how Trump’s attack on them continues to threaten our democracy.

In the US, there is only one issue come November, no matter what your tribe.

The walls of all three of our institutions of democracy were scaled and breached on that appalling day. And almost two years thence, one of America’s two political parties cannot even agree whether that day was good or bad, right or wrong.

On the Knife’s Edge of Democracy

We Americans no longer agree on what is right or wrong, what is to be valued and what is not, what is acceptable behavior and not, and what is and is not tolerable discourse in civilized society.

“New evidence is breaking every single day now. Suddenly, a lot of people want to tell the truth.”

Not that there is any reason to listen to me about such things.

“We forget that nature itself is one vast miracle transcending the reality of night and nothingness,” 1

Something about this sentiment, so common, yet… we are, as best I can figure, the embodiers of miracles. We define what they are and we define them in relation to ourselves. Except to the extent the universe may be pan-sentient, and I don’t completely count that possibility out, we are the beginning and end of what is miraculous.

A miracle is an event that seems inexplicable by natural or scientific laws and accordingly gets attributed to some supernatural or praeternatural cause. 2

My personal attitude is that the miraculous is synonymous with the extremely rare.

Informally, English-speakers often use the word miracle to characterise any beneficial event that is statistically unlikely but not contrary to the laws of nature, such as surviving a natural disaster, or simply a “wonderful” occurrence, regardless of likelihood (e.g. “the miracle of childbirth”). 3

Identifying something as a miracle is a religious posture. A positive view on the universe and humanity’s place in it. It is a reverent attitude that makes room for things to be sacred. I believe in the concept of sacred, but only in a secular sense. I believe that when we view something as sacred, we offer it respect and agree not to violate it. It only has meaning through common agreement.

A true miracle would, by definition, be a non-natural phenomenon, leading many writers to dismiss miracles as physically impossible (that is, requiring violation of established laws of physics within their domain of validity) or impossible to confirm by their nature (because all possible physical mechanisms can never be ruled out). The former position is expressed (for instance) by Thomas Jefferson, and the latter by David Hume. Theologians typically say that, with divine providence, God regularly works through nature yet, as a creator, may work without, above, or against it as well. 4

I don’t believe anything happens in the universe that isn’t inherently possible, including god, should s/he exist. I do believe in the extremely rare.

Personally, I believe theologians are out on a limb.

We may give the tendrils of our creative longing different names — poetry or physics, music or mathematics, astronomy or art — but they all give us one thing: an antidote to forgetting, so that we may live, even for a little while, wonder-smitten by reality.

Does Google’s LaMDA Artificial Intelligence Program Have a Soul?

“a lot of us are going to treat AI as sentient well before it is, if indeed it ever is."

A more measured article on LaMDA. Belief in AI sentience is an important point.

Learning that Trump’s advisers were divided between Team Crazy and Team Normal, and that Team Crazy clearly had the upper hand, might disturb a fair number of voters. I’ve seen congressional hearings change minds, including my own.

In the Films of Dore O., Feelings Create Their Own Reality

Dore O.’s beautiful, haunting work explores the juxtaposition between the mundanity of the real world and the extraordinariness of our inner lives.

To paraphrase Kelly Anne Conway and the articles I have been reading on the subject this morning:

Whether a chatbot is sentient or not matters less than the belief that it is.

Going against common wisdom that insists computers are a long way from having feelings, Max Tegmark, an MIT professor of physics with a focus on machine learning, does not write off Lemoine as a crackpot.

Who cares if chatbots are sentient or not—more important is whether they are so fluent, so seductive, and so inspiring of empathy that we can’t help but start to care for them.

Google’s ‘Sentient’ Chatbot Is Our Self-Deceiving Future - The Atlantic

Another Military Recruitment Video Disguised as a Movie

Is it any use pointing out that the first Top Gun was a ludicrous piece of shit? That it was a functioning part of the Ronald Reagan administration’s insane military buildup and aggressive pro-war policies of the 1980s?

Spatial recognition technology is being used to investigate Russian war crimes and has been able to identify the exact site of the 1941 Babyn Yar mass executions. 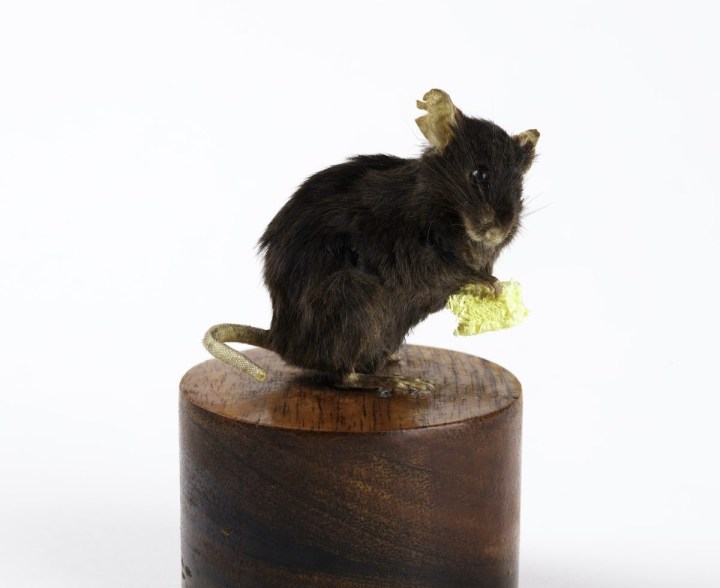 On May 5, 2000, the world’s first successfully cloned mouse (Cumulina) died in her sleep of natural causes. She had reached the ripe old age of two years and seven months, about 95 in human years.

Did Trump Know He Was Lying? Who Cares?

Asking whether Trump knew the election was free and fair is like asking whether a komodo dragon prefers smooth jazz or hip hop. It’s a category error.

Every person in a democratic republic has a duty to ascertain the truth as best they can and that means questioning the pap that they are fed nightly. It means letting the light of skepticism peek under the blanket of certainty every now and then.

I only wish stating the obvious and pointing out individual responsibility for assessing truth and accuracy would make better citizens of the many who are not. But it’s not about being good citizens for so many of us. It’s about being on sides and wanting your side to win whatever the cost.

How is it possible for a three year old iMac to take half an hour to boot up?

Justice, good, evil, right and wrong are human constructs, not universal principles. The only way to apply these concepts usefully is with thoughtful discussion and debate from varied points of view. In this way we achieve consensus and the greatest good for the greatest number.

The committee… established that the Trump campaign sent millions of fundraising emails based on the promise to fight to challenge the election results, ultimately raising $250 million from small donors.

But the… so-called Election Defense Fund was never real.

How to Save Women’s Lives After Roe

… Anna… went into labor at 19 weeks, far too early for her child to survive outside the womb… a condition known as PPROM1… in many cases the medically recommended treatment is abortion.

Anna lived in Texas, where… S.B. 8, has effectively outlawed abortion after six weeks. As a result, the hospital—and consequently, her doctors—concluded that they could not treat her. 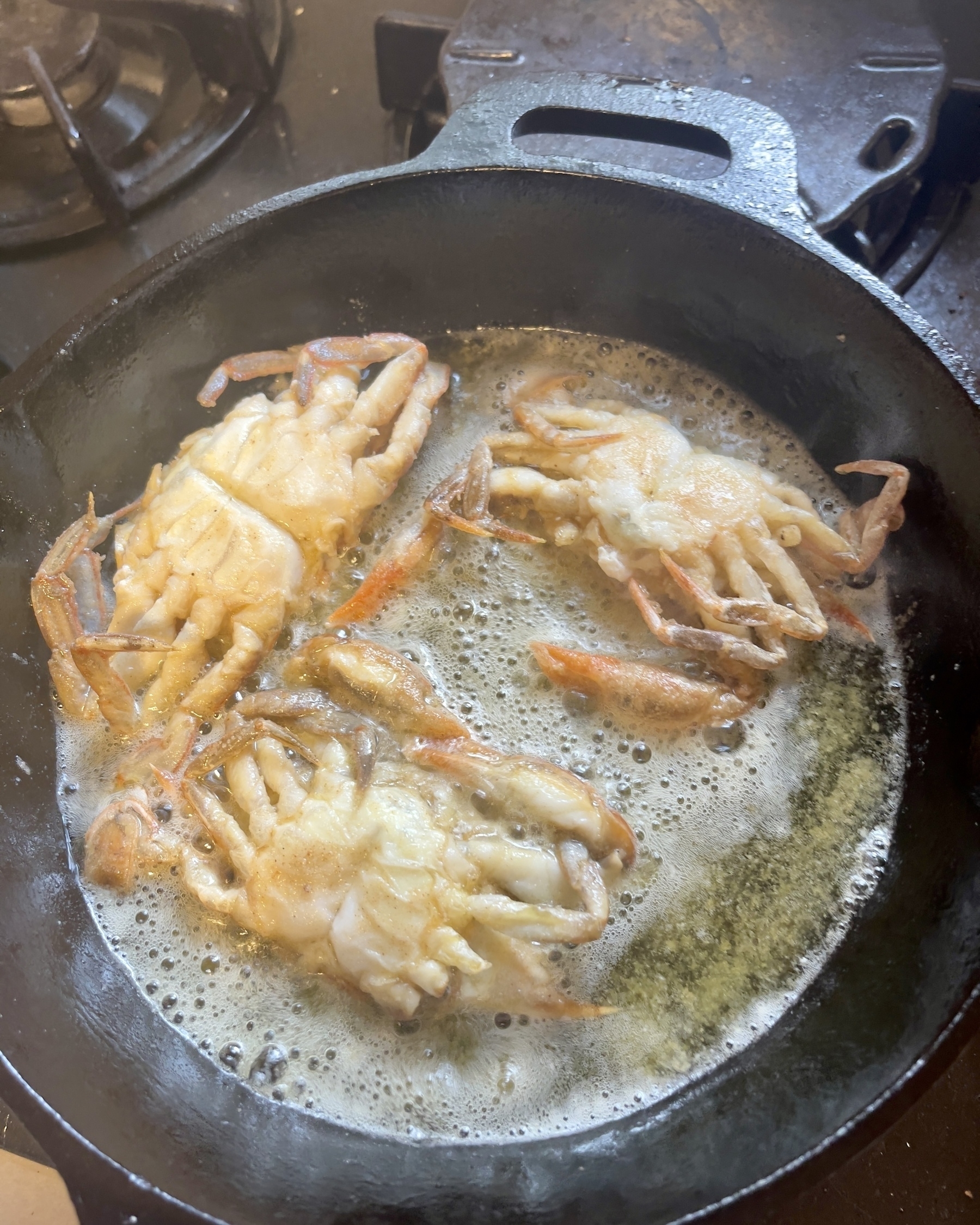 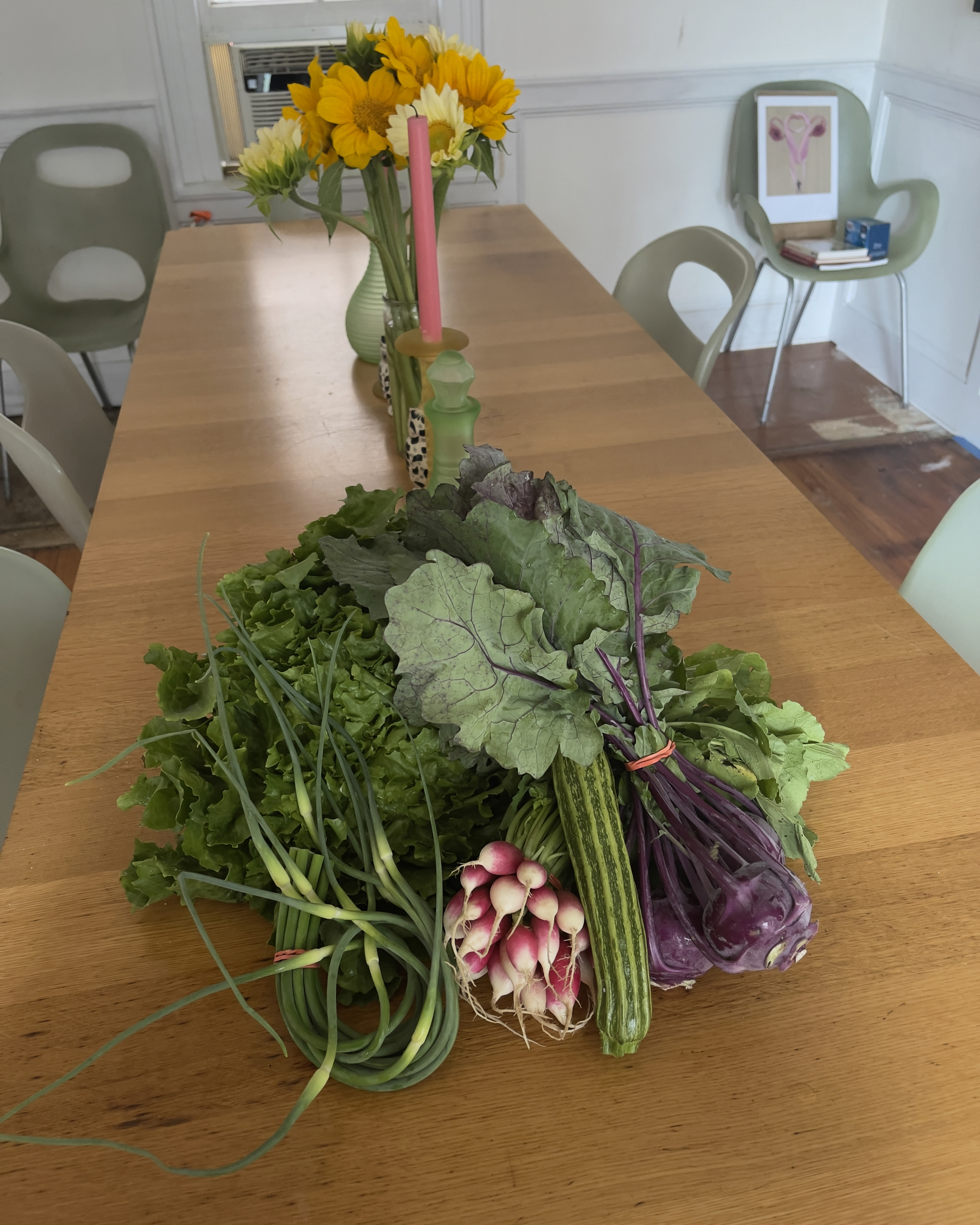 From my walk this morning… gay pride in the shop windows. 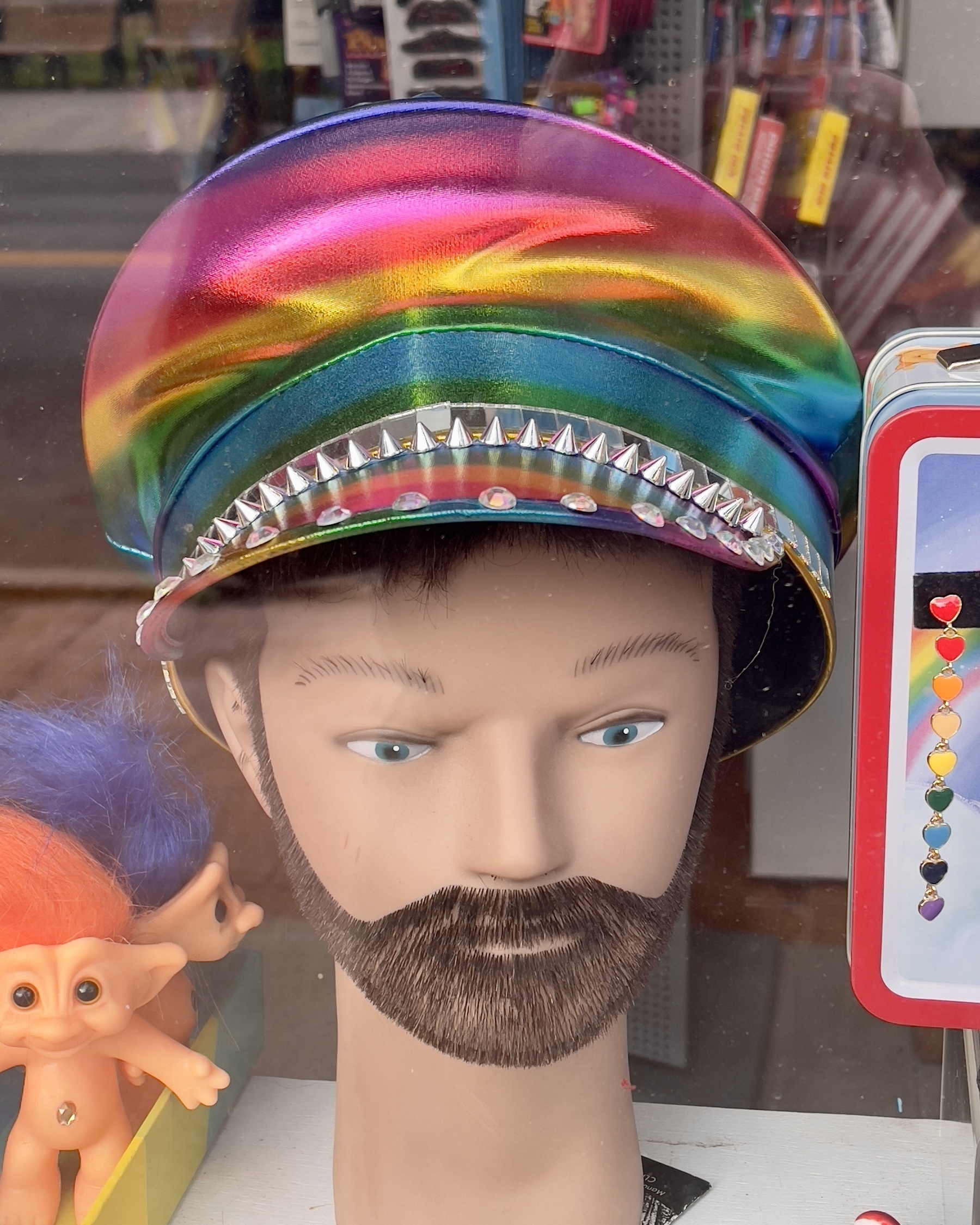 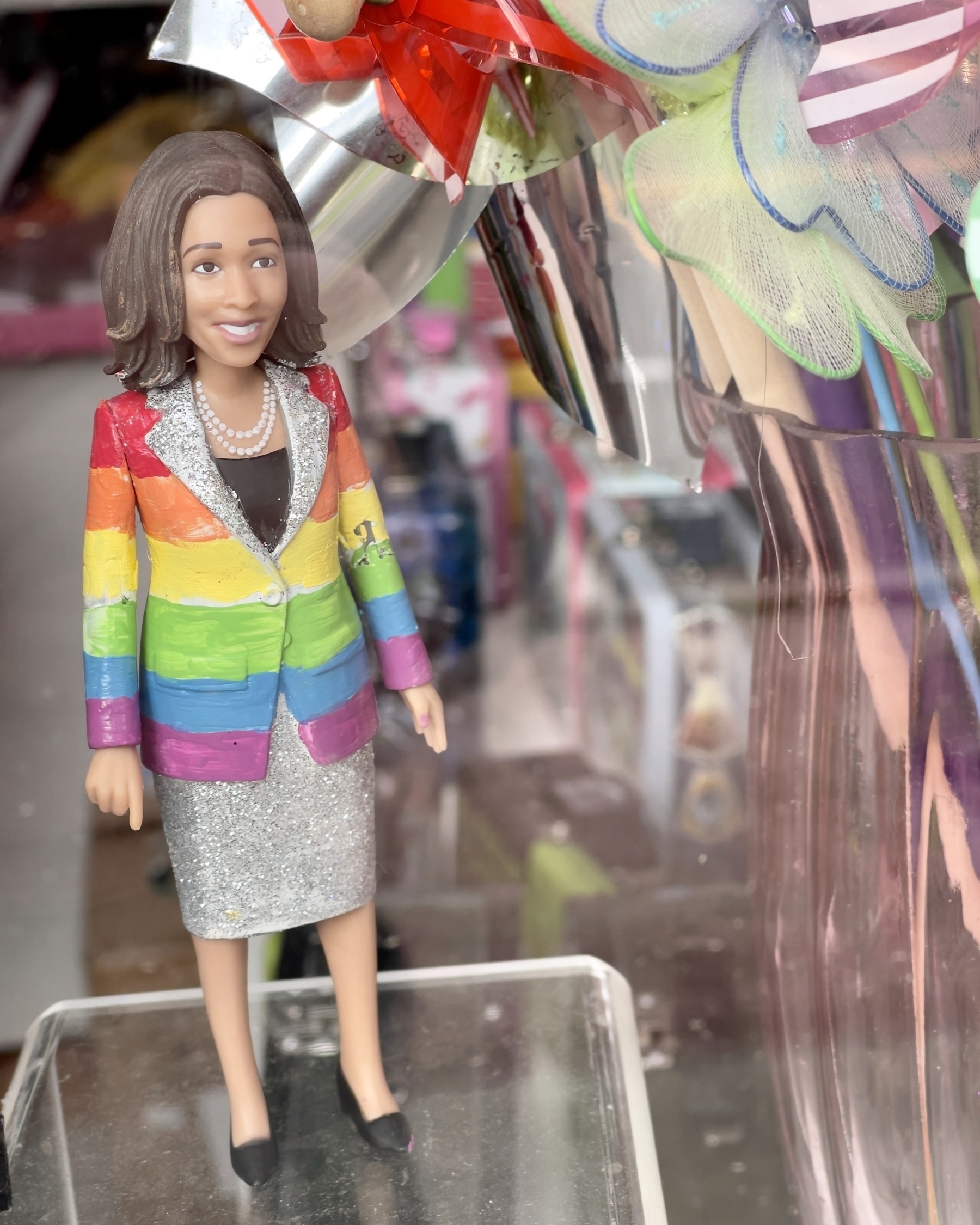