The overturning of Roe-v-Wade continues to have repercussions but got overshadowed by the testimony of Cassidy Hutchison. My titled post about anger and Roe-v-Wade speaks to my thoughts about the issue.

This post on Richard Powers by Maria Popova had a couple of zingers in it about humanity, it’s treatment of the environment, and need to regain a shared source of “external significance.” Where that source of external significance should come from is a question. Nature seems most reliable but it is also what we are steadily destroying:

Into the Heart of Life: Richard Powers on Living with Bewilderment at the Otherworldly Wonder of Our World – The Marginalian

But Powers himself was out of purchasing power. By the time he realized he was at the midpoint of his expected lifetime, he found himself gnawed by the same suspicion many of us face on our darkest days: that humanity had permanently maimed life on Earth, that “there was something inherently wrong with Homo sapiens, that we suffered from congenital defect — a built-in, incurable sadistic impulse toward domination that doomed us to failure along with 98% of Earth’s other experiments that had already gone extinct.”

Insanity wasn’t in our genes — we humans had gone off the rails because our culture had lost its source of external significance. We were so completely colonized by the belief that all meaning came down to economics and private consumption that it no longer even felt like a belief. We’d forgotten the fact that, in Gaylor Nelson’s great phrase, “the economy is a wholly owned subsidiary of the environment, and not the other way around.”

I don’t really know how we find that shared sense of external significance. Everything is relative. There are no absolutes. In a world where culture is built on appetites, nothing is sacred.

This post on the dust devils on Mars pulled me out to something bigger, broader: 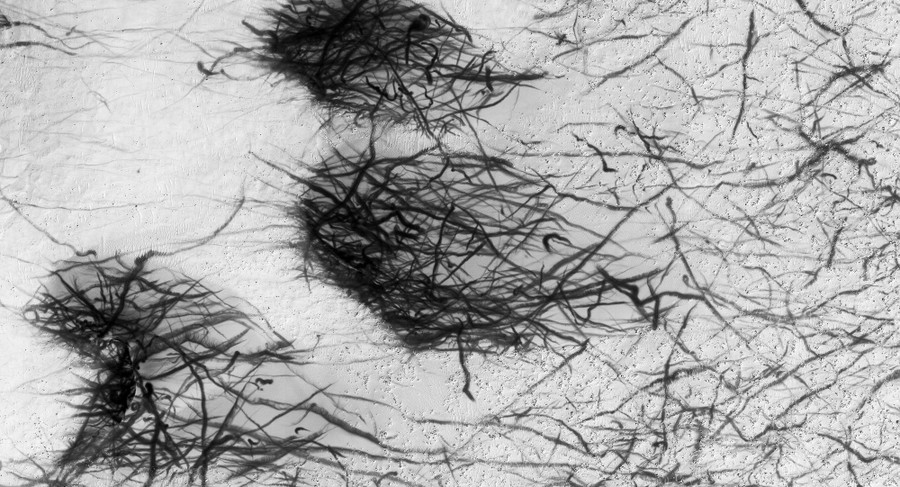 Returning to politics, this quote from an article on the Biden administration in The Atlantic felt as if Alexa has been channeling my thoughts to the author:

Is Biden a Man Out of Time?

Compounding those anxieties, Undem said, is “almost despair” among left-leaning voters that Democratic leaders seemingly have no plan for how to respond to this multi-pronged offensive. Jentleson likewise said that Biden has created an “enormous disconnect” and “feeling of powerlessness” among Democrats by failing to make a broader case against structural problems such as the Senate’s small-state bias or the skewing of the Supreme Court bench that the GOP may exploit for sustained minority rule.

I mean really, where is the plan to fight back?

And this article on the similarities between Prohibition and Abortion gave me some hope that the ship can right itself:

Roe is the New Prohibition

Prohibition and Dobbs were and are projects that seek to impose the values of a cohesive and well-organized cultural minority upon a diverse and less-organized cultural majority. Those projects can work for a time, but only for a time. In a country with a representative voting system—even a system as distorted in favor of the rural and conservative as the American system was in the 1920s and is again today—the cultural majority is bound to prevail sooner or later.

But does the author really believe that system of representative voting isn’t in danger of being permanently locked in by that cultural minority?

David French is new to my selection of reading streams. He is a devout Christian, veteran, and, I think, conservative in the sense that conservatives used to be, principled. He makes the point that it is difficult to indict former presidents, for good reason, but in the present case, necessary regardless of the difficulty:

The Case for Prosecuting Donald Trump Just Got Much Stronger

For law enforcement to indict a former president (and perhaps the frontrunner for the 2024 GOP nomination) would set a grave and potentially dangerous precedent. But there is another precedent that is perhaps more grave and more dangerous—deciding that presidents are held to lower standards of criminal behavior than virtually any other American citizen.

This post from Heather Cox Richardson was perhaps the low point of my week:

In the one term Trump’s three justices have been on the court, they have decimated the legal landscape under which we have lived for generations…

This article in The Paris Review caught my attention big time. Over and over again, it is true, sex sells. I can’t help feeling that the woman in the article is getting the short end of the stick. The arrangement seems to be working, for now. I wonder what she might write about it in ten years.

But really, who am I kidding, I read it to fuel fantasies of the libidinous kind and it did a good job:

Scenes From an Open Marriage

Catherine Opie, this woman’s photographic work makes me happier with my own:

And the event of the week:

Hutchinson’s testimony was a withering indictment of America’s 45th president. But it was also, if less directly, an indictment of his party, his supporters, his acolytes, those who went silent and those who spoke up on his behalf. He and they are ever twinned.

Here is an article about how fewer Americans believe in god. I haven’t believed in god, i don’t know, maybe ever. I think I tried when I was young, but it didn’t make sense. It wasn’t rational. I was surprised to find that 80% +/- still believe in god. I would have thought it to be lower.

The groups with the largest declines are also the groups that are currently least likely to believe in God, including liberals (62%), young adults (68%) and Democrats (72%). Belief in God is highest among political conservatives (94%) and Republicans (92%), reflecting that religiosity is a major determinant of political divisions in the U.S.

The interesting part of the article is that Americans haven’t stopped being spiritual, they are just being spiritual in more personal ways, loosely connected to faith traditions other than Christianity which have been personalized to their own needs. What we used to call New Age I suppose. Organized religion is loosing its luster.

This article was just plain frightening:

“If they try to steal the next election, the ’22 elections, I’m all in. We don’t want to talk about what that is…I have enough guns to put in every single employee’s hands. I hope it never gets there.”

I am deciding that I may read less news, as necessary as it is to keep an eye on what is happening, and more books. My book reading selection tends to be more uplifting, lofty, big picture, etc…

Read other posts
← Closing remarks by Liz Cheney at her recent debate with those who seek to replace her in Wyoming. →